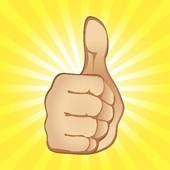 "Several reports out this week indicate that the housing market is in the early stages of recovery, and that buyers continue to find today's high home affordability hard to resist.

In September, sales of existing single-family homes, townhomes, condominiums and co-ops increased 10 percent from August, according to the National Association of Realtors (NAR). This represents the second consecutive monthly gain and far exceeded economists' expectations.

According to NAR President Vicki Cox Golder, with housing affordability conditions 60 percentage points higher than during the housing boom, opportunities abound in the current market. "The savings today's buyers are receiving are not a one-time benefit. Buyers with fixed-rate mortgages will save money every year they are living in their home -- this is truly an example of how homeownership builds wealth over the long term," she said.

In addition, the Commerce Department announced Wednesday that in September, sales of new single-family homes rose 6.6 percent from August."

I am here to help.

Testimonial from a satisfied client. How I can improve your real estate experience. 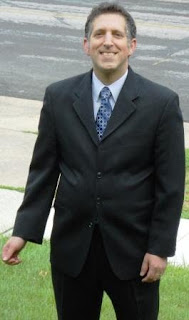 "Dear Adam,
Yocheved and I wanted to express our thanks and gratitude for all that you did to help us find our new house. You worked tirelessly (especially considering how picky we were), were always available, and helped us from beginning to end to ensure that we would find the right place. We were especially impressed with the idea of sending letters to people in the area where we were looking to see if anyone not yet on the market was interested in selling. It was very comforting knowing we had someone whom we could trust with us throughout the whole process. This feeling was cemented when you were able to negotiate for us a more favorable settlement at the time of the closing (which saved us a nice sum of money). We would certainly recommend you to other people (and in fact we already have).
Best of luck and may Hashem bless you with much success in all of your endeavors."

Beat the Competition! Why today is a great day to put your home on the market for sale.

Thinking of selling? Now might be the right time to put your home on the market. This blog shows nationally the increasing number of homes that go on the market between January and April. Below is a trend based on last year from October 2009 through and including April 2010.

February 10: 59 in Washington,DC; 54 in Montgomery County;
97 in Prince George's County

Another good point is list before all the foreclosures are rolled out...as blog calls "discounted inventory" which might pull attention away from your home. And,interest rates are amazing for buyers.

Interest rates today are 4.19 (depending on your credit and lender,points).Professor Karl E. Case, the founder of the Case Shiller Pricing Index in an article in the New York Times last month actually did the math for us:

A lot of buyers really are out and may be turning from looking to shopping. At this time of year, the ‘lookers’ are at the stores doing their holiday shopping. The home buyers left in the market are serious and are more apt to make a purchasing decision. Less showings – but to more motivated purchasers who will buy a good home in condition and value.

For a FREE-PRE- MARKET ANALYSIS and to get your home on the market IMMEDIATELY BEFORE THE SPRING LISTINGS AND FORECLOSURE ROLL OUTS,contact me today.

Tips when listing your home for sale

1. Be comfortable that the realtor you are interviewing provides full service,is easy to reach.

2. Listen to your realtor's suggested price/price range for listing your home. Part of the reason you are hiring a realtor is because he/she knows the market and has seen other homes in your neighborhood that have been listed and sold. He/she is using sales data and important neighborhood knowledge in suggesting the list price/prce range. If you strongly disagree with the agent's price opinion,you can either make an agreement up front to try your price and after a certain time period reduce to the price he/she suggests. That being said, the market does change and his/her price opinion may change based on market activity since your home has been on the market. Also consider getting an appraisor to come in and give his/her price opinion so you have a general idea of what the bank thinks your home is worth,should a buyer come in who wants to purchase with a mortgage.

3. Tying to #2,ask your realtor which homes he/she is using for sales comparables and ask why they are good comps.

4.Turn the lights off! Most buyers ask for utility bills. Montgomery County requires sellers of primary residents to disclose their utility bills for the last 12 months.
"Energy wasters" who sell a home will rue the times they forgot to turn off lights, turn down the air conditioner or left the TV on all day. It would be ill-advised to fake the amount of energy being used by simply living in the dark and cutting utility costs to nearly zero. However, careful and prudent use of energy can cut bills by enough so that a buyer does not have sticker shock about what it costs to maintain electricity, gas or oil to run a house.

5.Sell "Green". Not very many homes are actually built with environmentally friendly material or heated by solar panels or wind. But those that are have a special appeal to the crowd that buys green cars such as the Prius. A seller may have one of only a few "green" homes in their town or city. That may make it highly desirable to many shoppers.

6. Get a home inspection before your home is on the market so you are aware of issues and can repair them before buyers come through. Buyers often use the home inspection report as a negotiating point. You may be saving thousands of dollars by knowing and addressing inspection items up front instead of waiting for a buyer to ask for as subsidy.

Have any questions about your home and the home sale process? Give me a call; I am here to help

Do you think you understand agency? Don't think so;know so!

I was on a teleconference call last week where the topic was agency,specifically with buyers. This is because when a home is listed for sale with a realtor,typically a realtor will have the seller sign listing papers including understanding who the agent represents. I don't know a realtor who would list a house for sale without a formal listing agreement.

The challenge comes into play with buyers and buyer agency. There wasn't always buyer agency and so many realtors who have been in the business 20+ years out of habit may not explain who the agent represents and what buyer agency is/is not. There are agents today who are reluctant to explain agency to their clients.I believe there are 2 reasons for this. First, agents fear losing buyers to agents who don't have buyers sign these documents. Second, many of today's home buyers are told not to sign any agreements "tying them down". On top of that,they may have previously worked with a realtor who didn't explain to them Understanding Who the Agent Represents and the Buyer Agency Agreement.

The buyer had remorse. Apparently it was beyond fear of purchasing,but rather not wanting that specific house. I say that because shortly after settlement the buyer put the home on the market for sale with a different realtor with no home improvements and at a similar price to what it was listed at. The buyer is going to lose money in the sale but is selling it anyway because they don't want the house.


In my heart of hearts, upfront the buyers/now sellers probably didn't think much of having an agent working both sides of the deal and having representation until they were in too deep. They obviously think they got taken advantage of because they listed the home with another realtor. Legally, the listing agent fulfilled his duties to the sellers,but it is an unfortunate situation that could have been resolved earlier if the listing agent (1)either did a good job explaining agency and that in this deal he could represent the buyer and the buyer was ok with that or (2)ask the buyer if he wanted another realtor to represent his interests on this transaction.

Another recent situation. I am now working with a buyer who was previously with another agent. The buyer actually almost bought a house with the other agent,but lost in a bid. During negotiations the buyer starting asking the agent questions, felt some concern regarding their interests and finally asked the agent who the agent was representing. The agent said that he was representing the seller. Agency may work differently by juristiction, and my guess is that the agent didn't go through with the buyers on Understanding Who the Agent Represents and Buyer Agency.

Is it possible for there to be real estate transactions,where both the seller and the buyer feel they get good fair deals when one realtor is working both sides of the deal? Yes,but only when both sides understand agency and no issues arise during the transaction.

A word to the wise. With what all of your friends tell you,what you read in the newspaper and on the internet and what you may have personally experienced in a real estate transaction,don't assume you understand who the agent represents and how agency currently works in your juristiction. As much as you may be skeptical about reading and signing documents,be skeptical when there isn't a discussion about Understanding Who the Agent Represents and agency agreements until a contract is written.

If you would like to talk more about agency in Maryland and Washington DC as well as discuss the market,I'd be delighted to hear from you.