I received a nice note this morning...

“Adam's down to earth and sincere approach to business bundled with his thorough understanding of today's ever changing market, make Adam an indispensable resource. His calm and easy going demeanor transforms a potentially overwhelming experience into a positive and smooth process. I have observed Adam's superb interaction with his clients and therefore confidentially refer others to him. A wonderful guy and a great realtor!” October 28, 2012
Dave Weingot, Owner, Levdok Inspections LLC
-----
If you or someone you know is thinking of making a move or has a real estate question, contact me today. I am here to help make your home dreams come true when it is good for you.
Life is good!
Adam (301)943-4370
adambashein@mris.com
www.basheinhomes.info
Adam Bashein
Licensed in MD & DC
Weichert Realtors
(301)718-4100 - ask for Adam

Posted by Adam Bashein at 6:25 AM No comments: 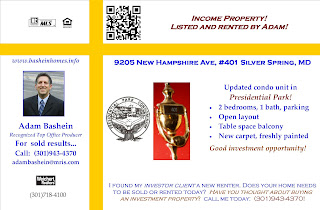 I work with people who buy and sell, primary residents and investors. Have you thought of buying an investment propety?  This investor was referred to me. I love referrals!


In addition to marketing and vetting out tenants, this transaction took a lot of work because of a language barrier.  But the owner and I hit it off well, she had confidence that I would produce for her and through a mutual friend we communicated.    The place rented for $1100.00 + utilities. I work in all price ranges, as long as there is a good connection between me and the potential client.   If you or someone you know is thinking about buying an investment property or has a question about investment properties, we should talk.    Adam Call:  (301)943-4370 adambashein@mris.com www.basheinhomes.info   Adam Bashein Licensed in MD & DC Weichert Realtors (301)718-4100 - ask for Adam
Posted by Adam Bashein at 6:14 PM No comments:

Real Estate education through actual experience: who is responsible, the landlord or the tenant? 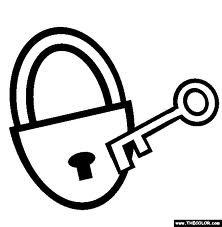 It was like an awkward moment people sometimes have at the end of a meal in a restaurant.
The bill comes and everybody is looking at it, wondering who will pick it up...to either divide the bill or pay the bill.  That is actually why in some groups, to avoid this kind of situation, some people ask for separate bills.  They want to pay for what they clearly ate and drank. They may also want to avoid
being in situations where they have a differening opinion on how much to tip in general/how much of a tip is deserved.

My renter called me up early Sunday afternoon that when he was unlocking the door to the condo unit, the key broke in the lock and couldn't get the piece out.  So he asked if I could come down and try to get the key out or get a locksmith.   To make the coordination more difficult, he didn't have his phone or wallet with him, so he was actually calling from a restaurant. The manager was kind enough to let him to call me.  So, I couldn't just call a locksmith and tell him to meet my renter because there was no way the locksmith could reconnect with him as he got closer to the condo building.

So, fortunately timing worked, minus missing the Redskin-Viking game, and I was able to drive down to the condo right away. Unfortunately I couldn't get the key piece out of the door either so I brought in a locksmith. The locksmith gave a price and then asked for payment as he should. It was an awkard moment since I really didn't know "who was responsible" but it is my property billed to my name and address.  So I gave him my credit card and he took care of the problem.

In my several years as a landlord I never had such an issue.  I have dealt with appliance repairs, which are often addressed in leases.  In addition, the repair person can give you the root cause of the problem and from there you determine whether it is a landlord or tenant repair.

On the one hand, the key broke when he handled it and placed it in the lock. On the other hand, it is my lock and key.  We both wanted to do the right thing and at the same time neither of us wanted to pay for something that wasn't either of our responsibility.

This morning I described the situation to Jody Beal, the property manager at Weichert Realtors in Washington, DC.  She said the landlord should be billed.

If you ever encounter this situation, don't just run with the above answer, as laws vary by jurisdiction.

If, as a landlord or renter you are ever in a situation where it is not clear/there is a dispute over who should be paying for a repair, as Judge Wapner said, "don't take the law into your own hands...", ask a third party, if your property isn't being professionally managed and you cannot determine the answer through reviewing your lease.  Try to avoid court. That could become more expensive than the potential repair. Hopefully mediating the issue answers the question and everybody walks away satisfied.

A number of investors retain a property manager because their job is to deal with such issues regularly, by drawing on their resources and experience.  In addition, as professionals, they don't get (hopefully) don't get as emotionally involved as the landlord/owner.  If the property isn't being property managed and you don't know a local property manager, please let me know and I will be happy to refer you to a professional who can review the situation.

I just received this testimonial from happy buyer--nearly 2 months after I sold a home to her! 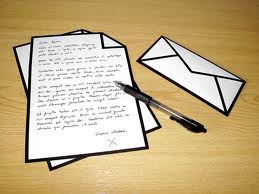 "I was assisted by Adam Bashein to buy my first condominium. I would highly recommend Adam to be your real estate agent.  Adam was extremely patient in answering my multitude of questions, many which I asked more than once,  and he was  always available when I needed assistance and made time for me.  He also went above and beyond to help me and represent what was in my best interest.  In addition to getting some closing cost help from the seller, Adam found a way to to save me an additional couple hundred dollars in closing costs at no additional cost to the sellers(which cannot always be done).   He also stayed level headed and helped me keep perspective in a challenging negotiation." - J.L.

J.L. purchased her condo in Rockville nearly 2 months ago.  I almost always ask for testimonials before if not by settlement, when the transaction is fresher in the client's head.  J.L. did thank me profusely for working with her and said she would refer
me to people in the future, but never had written a tesimonial.  I will say that receiving a testimonial after a significant amount of time after a transaction occurred is very heart warming and made my day.


Let me make you or your friend's day today!  If you or yours is thinking of selling or buying a home in Maryland or Washington, DC, contact me for a free no hassle consultation!  Even if you aren't in the market but have a real estate question or comment, contact me any time.

A recent speaking engagement I had about winning real estate listings 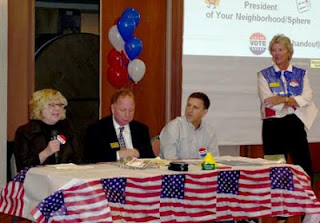 I wanted to share a recent success that truly humbled me. Recently my brokerage had a seminar and asked me to speak on a panel about how to win real estate listings. While I know there is a lot for me to learn, it is an amazing feeling that the brokerage thinks so much of my practices.

Anytime you or someone you know wants to talk about the market or has a real estate give me a call or send me an email. I am here for you. Don't make a move without me.